The latest test results were not good at all. Actually they were bad. I got a call from the doctor office to come in early, because the oncologist wanted to see me personally rather than have me see his assistant. I usually rotate every other time and have gotten test results from the assistant often. So I knew it was bad all the way there.

He said the CT scan showed significant growth in the cancer nodules. They are also becoming more dense and solid. We went through my options. I have been through every drug known to work on my type of cancer already. The current medication was the last resort. So we are now looking at:

I looked up current clinical trials at Sarah Cannon. There are some for colon cancer patients with certain types of cancer cells. Some of them include half of the group getting a placebo. That scares me. I could possibly not be on any medication at all.
Of all the previous drugs I have used the one most desirable is Oxaliplatin. That is the drug that gave me sudden neuropathy. Another dose of that is likely to put me in a wheelchair. So the doctor took that one off the table. He wants to try some of the ones that caused the least amount of negative/harsh side effects, which would be the Xeloda pills and Avastin infusions. That was what I was on the end of 2017-October 2018.
I think we are looking at comfort and quality of life for my time remaining. I asked if I could expect to live another 3 or 4 months. He said "I believe so, but I can't say for sure." So there it is. 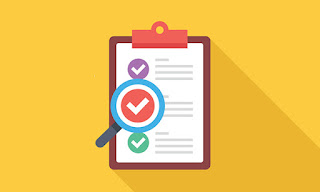 I just had another CT scan this week and eagerly await the results next week. It's like a nail-biting few days every time.

My last scan was just like most of the others, a slight increase in all the cancer. But I guess it's better than what happened last spring when all the sudden the number of nodules doubled and now I have them on the inside and outside of my lungs. I don't know how many there are total. The CT scan results always give me measurements on three or four. But I think there are probably 20 or so.

This stivarga isn't all bad. I do chemo everyday for 3 weeks, then I get a week off. During the three weeks my fatigue builds up until finally I just can hardly do anything. then the first couple of days of my week off I still feel really bad and nauseous. As that week goes on I end up with three or four days of feeling pretty good. That's when I usually am able to cook, get my laundry done, and catch up on dishes.

The MRI showed that I don't have cancer in my spine. That was the good news. The bad news is that I have degeneration of my spine. There are a couple of different things named, long words that I can't remember. But the gist of it is my I have degenerative problems in my spine. My oncologist says I'm too sick to really go under the knife and have things done. It would be super difficult on me to recover, and I would be back in a wheelchair like I was last summer. I hated the wheelchair. I hated being on a walker. I hated the constant lung biopsies last summer. And I hated having a thoracentesis every 7 days. I think I'll just stick with the back going downhill.

The one difference now is that I have pain all the time. I never had that before. The pain is from cancer and neurological issues and degeneration of my spine. So it's mostly in my back and leg and feet. It makes it hard to walk. And sometimes at night I wake up feeling like someone is stabbing me in the leg.

So I'll keep my finger crossed and hope for the miracle that my cancer shrinks, which it never does and never has. I'll also hope for the second best, that nothing grew, which never happens. but I guess I'll be satisfied if he just says it grew no more than usual. It's my slow walk to the death doors. But I guess I keep in mind that death is part of life. I can't do much to enjoy life anymore but at least I have my comfortable chairs and plenty of TV and Roku. I'm still so happy that my parents have moved back to town from Houston. So at least I get some company several times a week, because they don't see anybody else but me. 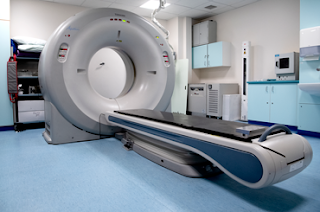