The first infusion went well, but was a very long day. It's difficult getting into a new routine. Even though my port works, they were not allowed to use it due to it not giving a blood return. They require a portagram to confirm the port works okay first. So there were many sticks in my arms also. The infusion was given in my left arm, using a giant syringe. It was given over a one hour period. My right arm was used to draw blood for the drug company along the way. There were lots of blood draws over the weekend.

As usual I felt nothing of the medicine going in. It had no smell or taste and is a clear liquid. There were also no immediate side effects over the weekend. I was able to go about as normal (new normal) in between sessions. Maybe this won't be so bad after all.

It was not crowded at all. There were only a handful of other clients around there. Only two other infusion chairs were being used.

My mother accompanied me on this trip. We were able to work in a visit to Centennial Park and visited the train that is being restored. This turned out to be the one day a year that the train is opened up for visitors. It was a big event. 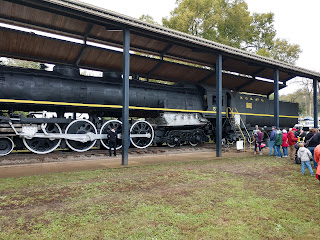 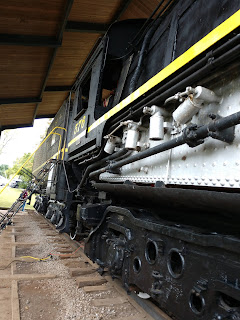 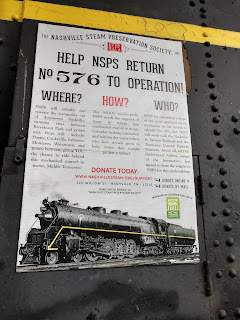 At the Hotel awaiting first treatment at Sarah Cannon

I'm at the hotel room the night before my first infusion. Today was lots of tests and blood draws and signing papers. I met some people going to a halloween party. One was dressed as nursey nurse! 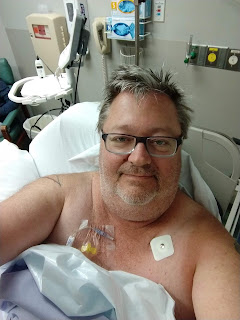 My screening and lung biopsy went well. Even though the biopsy is minimally invasive, it still takes days to recover from it. Taking 3 cuts from my lungs is harsh. The worst day was the day after arriving back home.

Okay. So I'm all set. I'm enrolled in the clinical trial. I start treatment next week.

The trip home was way better than the trip out there. For future reference this road map is the way to go when going to Oklahoma. The roads are much better. There are also plenty of towns to visit along the way, including state parks and national forests. 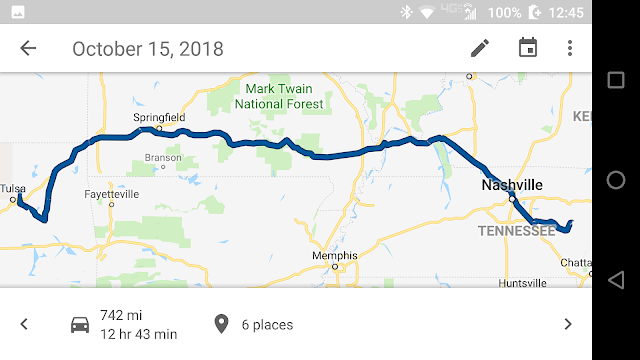 We went to Georges hometown, where he grew up for a day trip. It was a fantastic trip through the Oklahoma country. Drumright was a very small town that seemed to be almost closed down. At Drumright there was a train station with a museum that was fascinating.

Then we went to Cushing and saw the largest oil tank field in the nation. It's miles of big oil tanks spread across the countryside. We ate lunch at Mazzio's pizza before leaving back to Tulsa. 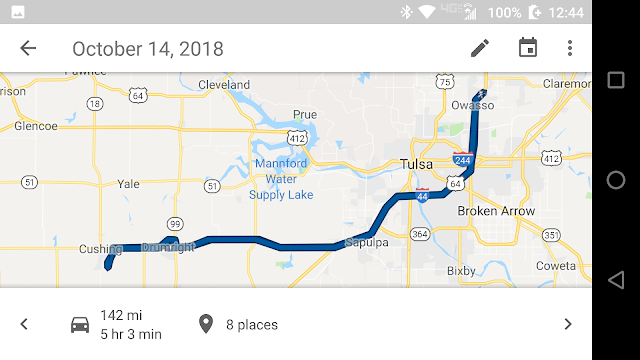 The day trip to Pawhuska was fantastic! We shopped at the Mercantile for hours and had pastries and coffee upstairs. My sister said she completed her Christmas shopping there. She also walked through town to a quilt shop, where she bought some stuff.

We went out to the lodge, where the Pioneer Woman is filmed. It is a breathtaking place way out on a ranch. We arrived there after driving miles and miles on a gravel road. From the deck you can look over the ranch property and see homes of the Cowboys who work there.

What a great trip. We all decided we want to go back there again for another tour. 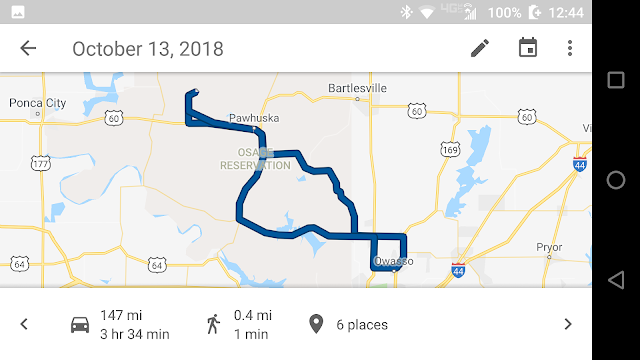 
Arriving at The Lodge

So I'm taking my first road trip since - well - a long time. I'm finally feeling better than I have in 4 years. I start chemo again in a couple of weeks. So I'm headed out to Oklahoma with family to visit the Pioneer Woman! My sister are driving out to Tulsa, where we will meet our parents and get a hotel. We also plan on working in some road trips to my stepdad's place of origin. I've been wanting this for a long time. 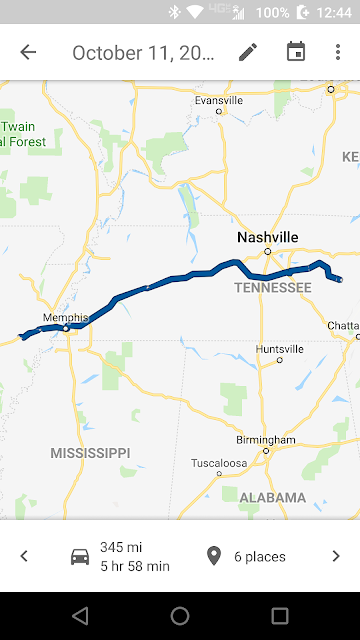 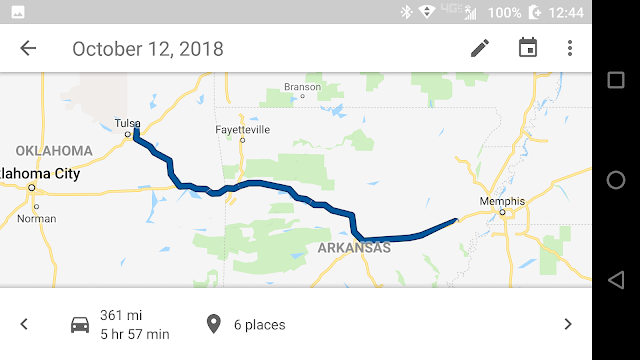