My CT scan showed no change in the lung nodules. So the infusions are not shrinking them. The bottom line is that it is basically the same as taking the pills last year. Over 2015 there was only minute growth. The doctor decided it was a good time to take a break from the infusions. This will give me a chance to heal completely from the abscess, get rid of the diarrhea for a while and gain some of my energy back. I will stay on the pills, but at 50% more than before. That will be 2 weeks on and 1 week off. During that time we will keep a watch on the nodules and can continue infusions at any time we need to do so. I'm looking forward to the break. It's been a long summer.
at October 26, 2017 No comments:

Chemo 8 went well. Still no Avastin due to the healing abscess. That thing it taking forever to go away. I also had my CT scan to see how things are working. 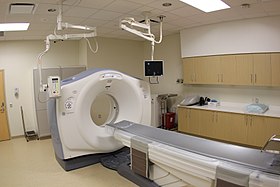 Continuing on with the medium dose of infusions. I had to skip the Avastin due to the abscess still healing. Seems like it will be a long time before that thing quits bleeding and leaking. 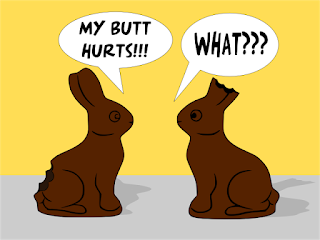 This time I got a lower dose than before, but still higher since starting the Xeloda. I fared well, even though I had to take imodium every few days to ward off the diarrhea. Still hurting butt and healing abscess. I had to forgo the Avastin. 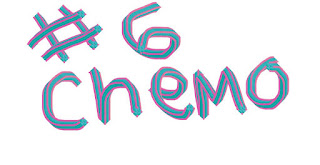 Even though I was still recovering from hospitalization, we managed to pull off a watch party for the eclipse. About 20 people showed up. They pitched in to make the party happen while I just hobbled around and socialized. It all went off without a hitch and, as Ian exclaimed, "This is the best party EVER!" 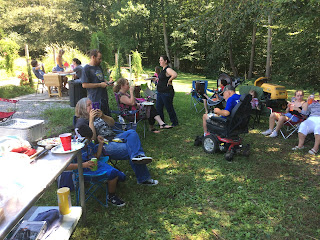 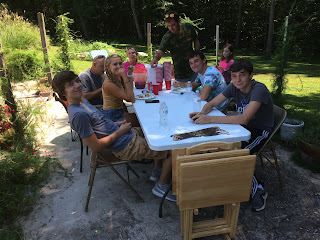 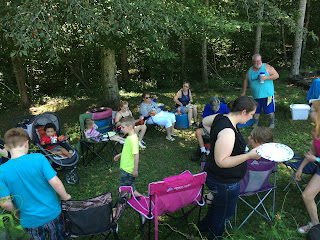 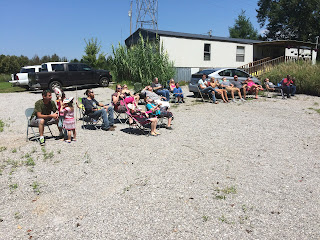 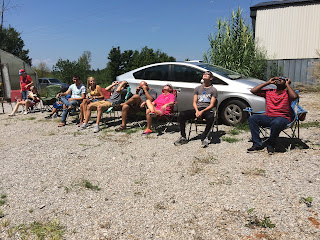 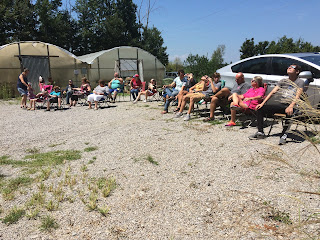 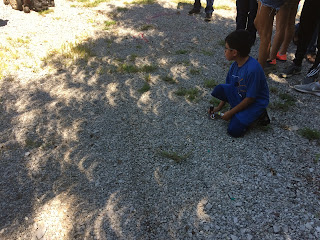 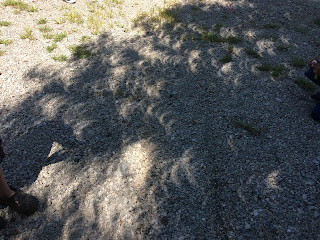 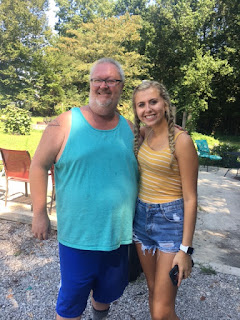 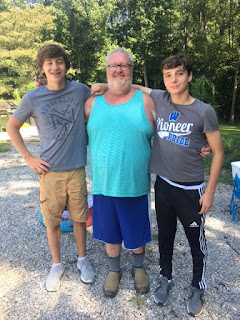 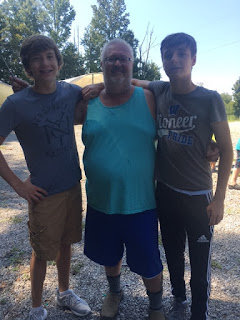 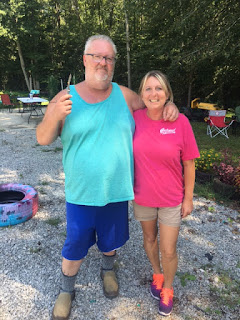 Email ThisBlogThis!Share to TwitterShare to FacebookShare to Pinterest
Labels: Party

The abscess got so bad that it gave me a 102 fever. The on-call doctor sent me to the ER. On the way the abscess busted. It was a gigantic mess. At least the hospital didn't have to drain it, as it was doing that all on it's own. I was there for days having tests and finally released in time to go home for the eclipse. 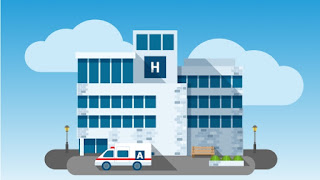 This time I got a higher dose of everything, except the 5-FU. I switched from that back to the Xeloda pills. I take them for 2 weeks and then take nothing for 1 week. The diarrhea was worse than it had ever been before for this round. It has really kicked my butt, literally. A large abscess developed back there right on my rectum. My tastes changed incredibly as well. I wanted nothing but ramen noodles and yogurt. Whew. What a rough time. 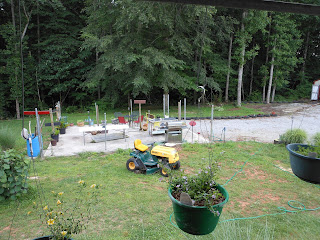 Going as usual with nothing different to note. Thank God! 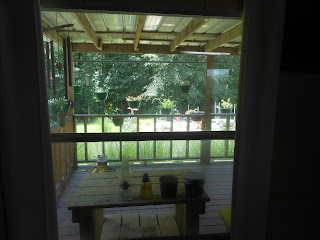 I managed to go to the Smithville Jamboree this year. I met Rebecca and Ian. We walked around for about an hour and a half in a bit of drizzle and sprinkle. Fun time! 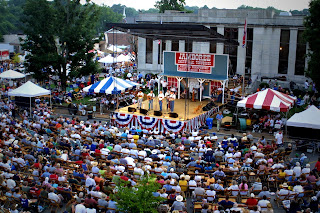 This chemo went well with nothing different to note. 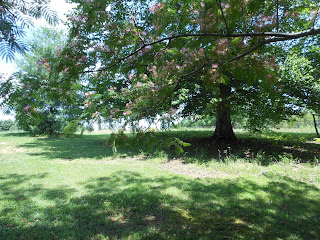 Well my second chemo came and went. This time Avastin was added to the chemo-cocktail infusion. A week later the dreaded butt burn crept up. So I guess avastin is the culprit in the old hiney hurt. Going to the bathroom nearly brings on tears, and that happens many times a day. I have to watch myself carefully, as the medicine will make me bleed excessively if I get cut. I wear gloves when I do anything, which isn't much, though.

Other than that I'm recovering well between infusions. There are 3 days of ball and chain, with massive sweating. Then there are 4 or 5 days of sleeping or wishing I could sleep and wishing I wasn't so sleepy. The next week I slowly recover to my old, fatigued self (but now with lingering rear blowouts).

I feel better and happier during the times I can get out and piddle around in the yard. The place is on track to what I have wanted it to be over the last 5 years. I finally have it pretty well cleaned up and nice to look at. The cool mornings are a great time to get out there with a cup of coffee and sit on the patio watching the bees and hummingbirds pollinate.

It's Saturday night. I'll do my usual and put on a movie or some music videos and fall asleep watching them. Until next time- 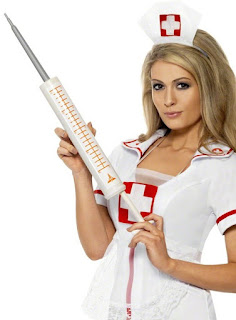 I had my first chemo treatment last week for this second time doing infusions. They gave me everything except the Avastin. Once again the Avastin has to be given in the hospital rather than at oncology with the rest of the treatment. Medicare get your act together. You know you're paying more for me to have it at the hospital. Much more.

I got the treatment on Monday; then got the ball and chain pump put on. I went back on Wednesday to have it removed and then crashed for the rest of the week. I got to feeling better on the following Monday.

This time the nausea medicine is given through an injection in the belly rather than in the port. This is because the medicine is a thick slime consistency. It has to be delivered via a very large syringe that reminded me of the professor on Gilligan's Island giving shots to the islanders. As of today there is still a large knot there with a bruise around it, and it hurts like crazy. Here is a photo of my nurse getting ready to give me the injection. ha. It really does seem like this. And she has to push with both hands go get the thick medicine into me. I usually don't wish bad things onto people. But I wish every Tennessee lawmaker who voted against medical marijuana for cancer patients had to have one of these shots every time I do.

Other side effects are the usual:


The upside is that I am not on oxaliplatin. Side effects I do not have this time are: inability to swallow or touch/eat anything cold. This is a big plus and worth the extra trips to the can. There are more, but we won't go into them at the moment. It brings me so down that I cannot even sit at the computer and type for a full 8 days at a time. This is also tied with the neuropathy I got from the last round of oxaliplatin, which already makes me very tired, low of energy and difficulty in doing things with my hands and feet.

Cancer sucks. But I'm alive and still kicking every chance I get. I appreciate every day I get, because God has blessed me with a wonderful life.

So the lung biopsy was a success. The latest one was robot guided. It got a good piece of my lung, leaving 4 scars around my right side. I spent only one night in the hospital with a tube coming out of my side. I have been home for a week still recovering. The pain diminishes a little every few days. At first it was very painful to cough; and now it is only painful to cough.

I got results yesterday. It is colon cancer. This means the stuff that remained in my lungs is not histoplasmosis or a different kind of cancer. I was hoping for histoplasmosis. ha. So the plan is to spend the summer doing the infusions again. I am unable to take oxaliplatin anymore, so it will be replaced with another drug. I will also wear the 5-FU pump for 48 hours after each infusion. I'm getting the house set up for comfort. My next steps are to make a list of needs and plan out my new schedule.

These guys will help me get through it.

This month I got scheduled for a CT guided lung biopsy. The procedure is done by going down the throat and getting a sample from the inside. This is less invasive and decreases the likelihood of lung collapse.

Unfortunately the tissue obtained was normal lung tissue, so it was a washout. So now I go back to Nashville again today for a consultation for another biopsy that is more invasive. This one will be laproscopic. It will involve a hospital stay and then several weeks of recovery. Apparently they will take a wedge out of my lungs.

Hopefully this one will work and will give me a good report.
at April 17, 2017 No comments:

I had an episode for a week earlier this month. It felt a lot like the way I felt in 2012 just before my tumor was discovered. I went for a UTI test and prostate exam. That turned out okay. Then my surgeon had a CT scan done, which also turned out fine. Both she and my oncologist looked at it. My blood tests are also okay. So whatever it was, it lasted 8 days and then slowly went away.

My files have been sent to a pulmonologist in Centennial Medical Center in Nashville. She will look at them and then set a consultation with me to discuss a possible Electromagnetic Guided Bronchoscopy. He hopes that will give us answers to exactly what those lung nodules are.

Another visit from Jeff turned out well. He helped to get a lot of chores taken care of and managed a great campfire in the rain too. It was nice to break in the new fire ring in a big way. 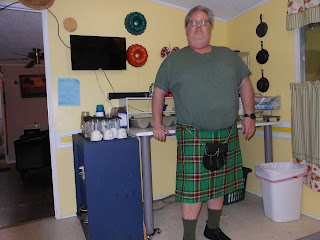 I had my CT scan. It showed pretty much the same as always. At this point no change is a good thing. There's the same fluctuating of the places in my lungs. My oncologist believes that they are big enough now to get a biopsy of them. An Electro-Magnetic guided biopsy at Vanderbilt could give us the answers about what exactly is in there. This way we can have that issue out of the way if the cancer does come back in my liver. Surgery could only be done after resolving any other cancer in me.

Otherwise my yard is still looking better. That Bradford Pear was finally cut, clearing out the way to starting the patio. The concrete area is bilevel. It has a fence around it's perimeter and one down the center, dividing it into two dog pens the previous owner had. My dad has a bunch of pots and trays in there that have to find a new home. Once those are gone, the fencing can be removed, keeping the poles for a future shade covering.

A 50% increase in greenhouse certification fees helped my dad to finally decide to stop growing and selling plants. We've been trying to make that happen for some time now. I am unable to help at all, and he is bound to a power chair. Any money he has spent in there is lost, as he has never made any profit from it. He hates the work anyway, but seemed obsessed with proving he can still do it.

So with that out of the way also, we can now do cleanup in the front of the greenhouse. That piece of property is actually a horseshoe drive around the back of the greenhouses and back into the other end of the parking lot. My help will not return until March, so it will be a long term task.

Meanwhile I maintain my chemo regimen and keep doing what I can, which ain't much.