I just spoke with my doctor on the phone. She said that the results from the detailed analysis were so low that no further treatment is indicated! I will not need an oncologist or chemo/radiation therapy. She reminded me to keep my appointments with her for frequent lab work and to have a colonoscopy every July. Thank God that, for the moment, I am cancer-free!
at August 27, 2012 No comments: 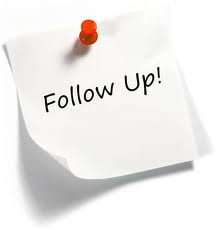 Today I went for my post surgery followup with Dr. White, the surgeon who took my cancer away. I had a good report and appear to be recovering well from surgery. It is a long, slow recovery getting back into life again. I am realizing that the end of surgery is not the end of the ordeal.

I also noticed that I keep asking "Am I cancer-free?" I feel I need to be continually reassured about that.  I even follow that question with "So there's no cancer anywhere else in my body?" I wonder how long it will take to stop doing that, if ever. I cannot convey how traumatic it was to be told I have cancer and to feel so close to death.

My greatest concern before surgery was the possibility of dying during surgery. I knew that was so remote that it should not have been a concern. Maybe it was misplaced fear of having cancer or general fear of what I call 'being on the slab'. Before I went to the hospital I went through the house and told my sister what to do with all my stuff if I were to die on the slab.

As I lay on the hospital bed in pre-op various people came in and hooked me up with IVs, gave me medicine and asked questions. They all worked to make me as comfortable as possible, but the anticipation was overwhelming. Suddenly Dr. White came in just before wheeling me into the operating room. She looked at me and asked if I wanted her to pray. I said yes and lay there amazed as she held my hand and prayed to Jesus to guide her hands and heal me. It was like a blanket of comfort covering me from head to toe.

When they got me into the operation room I could see all the pans, tools and lights. I moved over to the table (the slab) and woke up about 4 hours later going down the hallway into my hospital room- with family waiting there for me.

The rest of that evening was in and out of consciousness. It was after 7pm when I came out.

I look forward to writing about the hospital stay and what it was like to become a person again who could walk on his own. Stay with me as I tell my journey from the hospital bed, or maybe better called "Ice Chips from Heaven".
at August 15, 2012 No comments: 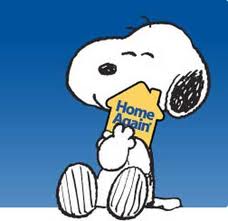 I am home again!

Yesterday I was discharged from the hospital after an 8 night stay. The doctors, nurses and staff were caring and compassionate people. It was a long, hard road getting over the shock of surgery, and I will write more about that as I feel up to it.

As for now I want to say that I am virtually cancer free! It will take about two weeks for testing to bring results of all the stuff taken from my body. At that time we will know if there is anything still in me, if I need chemo or radiation therapy and how much of a risk I am for redeveloping cancer.

I look forward to sharing the rest of my story of the year I fought cancer. Please stay with me as I continue to recover. I'm very tired and slow to get back to 'normal' over the next 6 weeks. Remember my motto song from Smash Mouth as they utter: I get knocked down, but I get up again. You're never gonna keep me down. 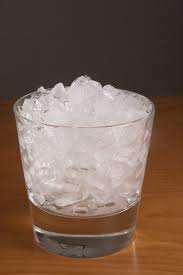 This is a description of the technical experiences I had in the hospital.

I have a phrase I think of to refer to my hospital stay. I call it "ice chips from Heaven". I'll explain why in a minute.

My surgery lasted about 4 or so hours. For me it was only a second. At one moment in time I'm being put on the slab and being told I'm fixing to go to sleep. A microsecond later I'm rolling down the hall toward my room. For my family it must have seemed a lifetime. No one has talked about it, but I imagine them sitting in a waiting room or lobby, and someone getting up every now and then to walk around, get coffee or just pace. I can't imagine how much torture it must have been for them.

There were lots of people in my room waiting for me after surgery. I can't remember who they all were for the drugs in me. I do remember everybody being surprised at how alert I was and participating in the conversation. I remember my nephew and I singing songs from Rocky Horror Show about "come up to the lab and see what's on the slab". I think I was supposed to be completely out of it, but I have always been very alert and with-it after waking up from anesthesia.

For the first few days in the hospital I was unable to eat or drink anything. Seems like that on day two I was able to eat ice chips. An 8 ounce cup of ice had to be spread out over an 8 hour period. That's like one ice chip every few minutes. But, man, those were the best tasting ice chips I have ever had. A few more days into my stay and I was able to have liquid food. It was yogurt, broth, coffee, tea and water. Even then I had to string this out into a long dining period. The good thing is that since then I appreciate any food I get. I hope I always remember those days I could get nothing, so that I will be thankful for whatever I have.

On the second day here came the physical therapist. They had warned me that I would be getting up and walking around as soon as possible. I think they run into a lot of resistance about that, because people are tired, hurting and full of medication. But I wanted to get up. I knew that it was vital to my recovery, so I was determined to do what they wanted. Getting up out of the bed the first time was miserable. Just rolling around and coming to a seated position on the bed was a huge effort. As I sat there on the edge of the bed I began to sweat and my blood pressure went way up. So after a minute or so I stood up with the help of a walker (and the therapist). Then I had to stand there for a few minutes. I was completely unable to pick up my legs and move them forward. I kept trying though and finally made it to a chair on the other side of my bed, where I sat for the next hour or two. The next day I went down the hall just a little, then to the chair. Each day after that I went a little further down the hall, then to the chair. I believe by the 4th day I left my wing completely and walked all the way to the other side of the hospital. I was determined. Eventually I was able to leave the walker behind and walk upright.

I also had a device by me called an incentive spirometer. Each hour I had to put the tube in my mouth and breath in slowly and deeply. This was to keep my lungs cleared out so as not to get pneumonia. It was also difficult at first, barely able to make the little ball rise. But each day I got better at it. From what I have learned, it is vital to do this exercise. I could tell it helped me to breath better, helping me to recover faster.

During all this I started out with many wires and tubes. I had the catheter. I had the epidural. I had the IV. I had the leggings while in bed. I had the respirator at night. At one point my epidural line got kinked behind me, which led to the most painful few hours I have ever felt. It was like I was dying an agonizing death. After convincing the nursing staff of my suspicions, they found the problem and made it right again. Other than that, all those lines were not bothersome. They travel well around the room and hallway. And it was nice to not have to go to the bathroom. Of course I had no bowel movements due to not eating.
at August 09, 2012 No comments: 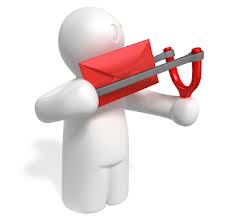